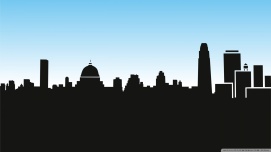 This page provides links to pages of some of the towns where direct-line branches of our families lived for many generations in the United States, Mexico, Canada, England, France, and Spain.  The pages attempt to offer a more detailed discussion of these places, including history and photos, and in nearly all cases we have personally visited the towns.  The following towns have been completed so far (with a list of pages to completed at a later time at the bottom of the page):

*The following pages are still under construction, but will be completed at a future date.  Check Back For Updates!